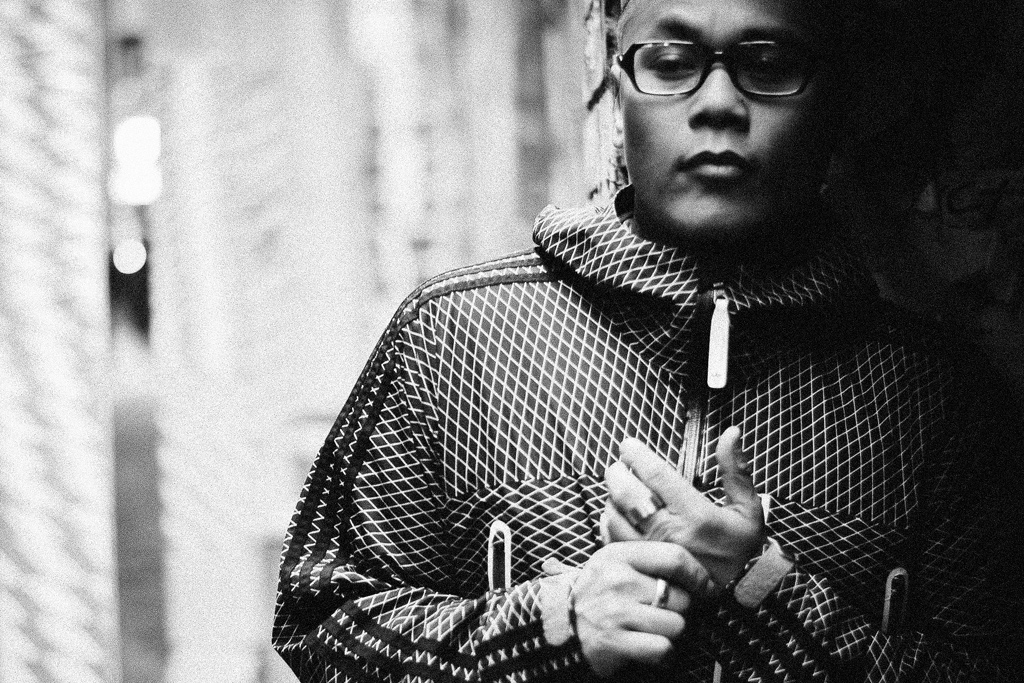 In the time of viral videos that involve kids stepping on banana peels, it’s not every day you see a cause actually worth all the attention, but the late Poh, an Instagram sensation, is one of those causes. What many people don’t know about the beloved dog who fulfilled an epic bucket list is that Poh’s owner, DJ Neil Armstrong, has been crossing off some amazing feats of his own as a DJ for over two decades.

Born and bred in Queens, NY, Armstrong’s journey to awesome started at a young age.

“I grew up in Queens New York, born and raised. As a Filipino American kid, music was always a part of my life. Most Filipino families have a piano in their house even if no one plays it. I ended up learning how to play a bunch of instruments, although I've pretty much forgotten how to play every single one of them. Let's see... piano, violin, flute, and guitar.”

Regardless of whether the influence of all that technical musical knowledge made it directly into who he is today (we maintain you never completely forget to play…), Armstrong’s childhood was shrouded in music, to say the least.

“I got to see a lot of concerts as an adolescent, including groups like Depeche Mode and Erasure, mostly because of my sister who was 4 years older then me and listening to that kind of music. All the while, I was listening to Run DMC and the Beastie Boys, and eventually I just got hooked on hip-hop. I was fortunate to be a teenager when the golden era of hip-hop was happening in NYC. I got to go to a lot of concerts. I was in high school when Slick Rick’s first album came out, when De La Soul's album came out and when Public Enemy's first album came out. They say the music you listen to in high school ends up defining you. That is definitely the case with me.”

For other hip-hop heads, that last statement just means remaining a hip-hop fan for life. In Armstrong’s case, and to all our benefits, his association with hip-hop and influence from the genre’s golden era goes much deeper.

“Growing up in the Golden Era of hip-hop, there just came a point where I just didn't want to be a spectator anymore. I wanted to contribute to the whole culture. I ended up just latching onto the DJing aspect of hip-hop culture, and I was most excited by the whole turntablism scene... doing "tricks" with the turntables. I just thought it was amazing, the way the DJs were manipulating the records. I knew that was what I wanted to get into.”

Of course, for someone who was old enough to grasp hip-hop when Public Enemy took the scene, contributing to the culture wasn’t as easy as booting up the Mac and downloading some sick gear.

“Back then there were no DJ schools, no YouTube videos. The only way to learn how to DJ was to watch other DJs and learn from other DJs. So I used to go to clubs and just post up at the DJ booth and watch, mesmerized. Then I would watch the DJ battles and try to emulate what they were doing. It took me a while and some help from the DJ crew, the X-Men, but eventually I got good enough to become part of a DJ crew known as the 5th Platoon.”

Armstrong’s other-era start helped him in countless other ways too, one of which is his attention to and value of skill level over access to high dollar tools and feet in important doors.

“One of the unintended consequences of the digital DJing era is that basically... everyone can be a DJ. Just like with Instagram and camera phones, everyone thinks they're a photographer, and everyone thinks they are a model, etc, etc. I would hope any DJs coming up would start their ‘branding’ with having a good product to begin with. Learn how to mix, get the techniques down first and foremost. Then worry about your look afterwards and all the superfluous things. I wish with DJing it was like how athletes get big, you know? LeBron James is a good example. No matter what you say about the guy, he has skills, plain and simple. Then you add the ‘brand’ on top of that and you get a superstar.”

Maybe the typical progression for DJs these days doesn’t lead to stardom, but as far as achievements and fame go, Armstrong is pretty close to the top of the DJ list. He’s come from meager beginnings, gigging a 3-hour event for $50, to DJing for the king of hip-hop himself, Jay Z. Though his experience with HOV may have just been a “stepping stone,” it was one that Armstrong both enjoyed and benefited from immensely.

“The experience was great. There are a handful of us who have DJ'ed for Jay, so I'm in good company - DJ Scratch, DJ Green Lantern, DJ AM, Just Blaze, Young Guru , Jus-ski . It was a lot of work, not as fun as people think it was, the trade off being I got to perform on stages at the highest level. Madison Square Garden, the inauguration Ball of President Obama, the first time the Glastonbury Festival had a hip-hop act as the headliner. I never would have been able to experience all those things without that opportunity.”

In addition to leveling up to MSG and the White House, Armstrong maintains a degree of creativity and artistry in his music, setting him apart from DJs with a portfolio of party songs, and establishing a sort of portrait of who he is as an artist.

“I do these very creative artistic mixes. Probably the one that a lot of people would really appreciate, that ends up taking the songs on it and making a story, would be a mixtape I did called ‘Bittersweet.’ So, there was like, My Cheri Amour and She's Out of My Life and some Sade... but I ordered the songs and interwove movie and TV lines to make it turn into a story of a guy meeting a girl, falling in love, breaking up, and doing it all over again.”

Of course, creating a dynamic mixtape saga like that takes some serious music education, something Armstrong is known for. That said, historical knowledge is another attribute that takes a backseat to legitimate skill as far as he’s concerned.

“I think its a nice thing to have a good knowledge of music, but if a DJ lacked that I wouldn't necessarily say they are bad DJs. I’d rather have a DJ that can mix two songs cleanly, than know every single Stevie Wonder remix and when he tries to mix it sounds like a train wreck.”

It’s tough to disagree with wanting quality music over textbook knowledge with no talent, but a DJ veteran like Armstrong understandably has both the ability to mix and the smarts to back it up, which is part of what distinguishes him in his field.

Armstrong’s not just out to make a name for himself in the music arena, though. In the last four years, he’s taken on another aspect of the art world: food. And “art” is exactly how he sees his new interest.

“I believe that food and music are parallel art forms, using a similar process but with different starting blocks. Music and food are things that everyone can enjoy and everyone can make.”

Armstrong’s insight into the simple, yet complex relationship between music, food and other types of art, seems to hint at a concrete grasp of what it really takes to enjoy life.

“Everyone can make at least a grilled cheese sandwich, right? And everyone loves to eat something delicious. Pretty much everyone loves music, and everyone can drum out a beat on a table with their fingertips. But there is a segment of people out there who turn the making of food and music into an art form. In the case of food, they manipulate edible ingredients to create their masterpieces. In the case of music, they take sounds to make their art. So I’ve found that chefs and DJs are often similar characters. Chefs love music and DJs love food.”

It will be interesting to watch how Armstrong’s interest in these two realms comes together to create an overall experience for the hedonist in all of us. Even his suggestion of the ideal food/music lineup for prepping for the Polar Ice Dip (rocking Survivor’s “Eye of the Tiger” with a cup of hot cocoa) easily supplements a once-in-a-lifetime event with a perfect, idyllic memory. Imagine what he could do for a wedding or a climb up Mt. Everest!

Wherever he takes this new interest in culinary arts, it’s increasingly clear that DJ Neil Armstrong is an artist capable of and dedicated to enjoying the life he’s worked so hard for. Whether he’s teaching himself to scratch, interweaving that interest with a love of food or ensuring that his beloved fur friend lived a satisfying life, Armstrong is undeniably making every day count.

His words on the passing of Poh speak volumes.

“We were lucky to do everything that we did with him and made sure to make every day count while he was here.”

Most of us could stand to take a lesson from Poh and DJ Neil Armstrong.