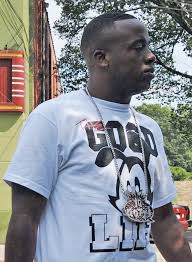 Mario Mims, better known by his stage name Yo Gotti, is an American rapper. In 1996, Gotti released his debut album Youngsta's On a Come Up under the alias Lil Yo.

It's been three long years for Wiz Khalifa fans who have been waiting for a follow up to 'Cabin Fever 2.' He finally released the third installment of the series in a relatively quiet year for him. This stand out track from the project features Yo Gotti, who joins Wiz in explaining why they're some of...
Read more...

Since Remy Ma returned to the free world, she's been hard at work not just on music but also TV. She and her husband Papoose are currently on the 'Love & Hip-Hop: New York' show. The production on her new single is simple yet menacing with high pitched, staccato strings and fast paced drums. Remy Ma's...
Read more...