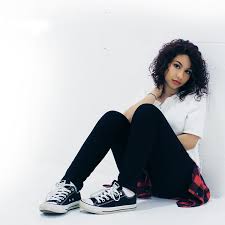 Alessia Caracciolo, professionally known as Alessia Cara, is a Canadian singer and songwriter. She is signed to EP Entertainment and Def Jam Recordings and released her debut single, "Here", from the debut studio album, Know-It-All, released November 13, 2015.

Alessia Cara has to be the unexpected star of the past year. Her anti social song, "Here," made waves on the radio and in the clubs with its indifference mixed with Alessia's cool voice. Now that the hype has died down a little from her first single, she's preparing...
Read more...