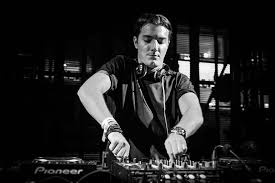 Alessandro Lindblad, commonly known by his stage name Alesso, is a Swedish DJ, record producer and musician. Alesso is managed by John Shahidi of Shots Studios.

There's no arguing that Alesso's "Cool" track was as smooth as the Fonz from Happy Days, especially the video. But for those who grew up with a more rugged take on being cool, A-Trak is here to back you up. He took the feel good track and makes the drop as dirty as that...
Read more...