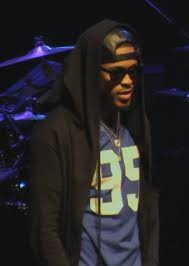 August Anthony Alsina, Jr. is an American recording artist from New Orleans signed to Def Jam Recordings. He is best known for his single "I Luv This Shit" with Trinidad James. His debut studio album Testimony was released on April 15, 2014.

August Alsina's newest album is now available, whether he wanted it to be or not. One of the stand out singles is the sentimental track, "Song Cry." Although he mentions J. Cole and Drake when speaking on the pain he goes through as an artist and a man, this remix features another artist who...
Read more...