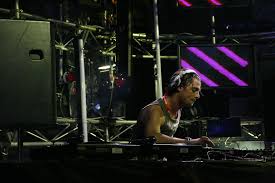 Axel Christofer Hedfors, better known by his stage name Axwell, is a Swedish DJ, record producer, remixer and owner of Axtone Records. He was a member of Swedish House Mafia along with Sebastian Ingrosso and Steve Angello. He is a two time DJ Awards winner and in 2013 he was placed 19th on the DJ Magazine Top 100 DJ Poll.

Pusha T has been experimenting with Dance music for a while so this collaboration with Axwell & Ingrosso shouldn't come as a surprise. The beat that the DJ duo lay down sounds like a royal procession for a kingdom ruled by a biker gang. It's regal yet rebellious. It's also filled with some altered v...
Read more...