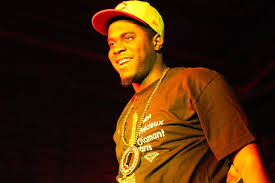 Justin Scott, better known by his stage name Big K.R.I.T., is an American rapper and record producer from Meridian, Mississippi. He is currently signed to Cinematic Music Group.

David Banner is back. He's preparing a new album, 'The God Box,' but before that arrives he put out a new project, aptly titled, 'Before The God Box.' The main single from that mixtape is "My Uzi" which features...
Read more...