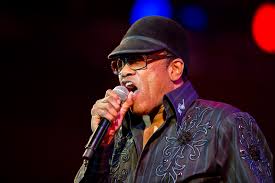 Robert Dwayne "Bobby" Womack was an American singer-songwriter and musician, and producer. Since the early 1960s, when he started his career as the lead singer of his family musical group the Valentinos and as Sam Cooke's backing guitarist, Womack's career spanned more than 60 years, during which he played in the styles of R&B, soul, rock and roll, doo-wop, gospel, and country.