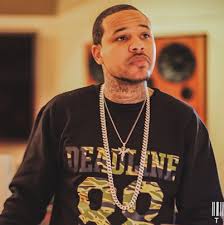 Lionel Pickens, better known by his stage name Chinx, was an American rapper from Queens, New York. He was a member of the Rockaway Riot Squad alongside fellow slain rapper Stack Bundles, Bynoe and Cau2G$.

December 4, 1983. Chinx was born in Queens, NYC. Signed to French Montana's Coke Boys imprint, he had a promising career. Unfortunately his life was cut short by a gun and now, instead of celebrating with him on his birthday, we celebrate the man. himself. Puff Daddy revisits one of the songs...
Read more...