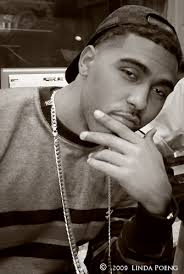 Clyde Carson, is an American rapper from Oakland, California. He was originally known as a member of the hip hop group The Team. After the group went on hiatus, he was the one member of the group to breakout as a solo artist. He would end up being signed to rapper The Game's Black Wall Street Records and Capitol Records in 2006. While signed there he released the EP Doin' That.