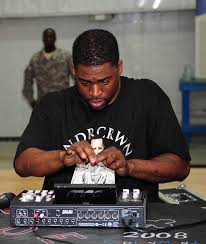 Lavell William Crump, better known by his alias David Banner, is an American rapper, record producer, occasional actor and activist. Born in Brookhaven, Mississippi, Banner's family moved to Jackson, Mississippi where he was raised. Banner graduated from Southern University and pursued a masters of education at the University of Maryland Eastern Shore.

David Banner is back. He's preparing a new album, 'The God Box,' but before that arrives he put out a new project, aptly titled, 'Before The God Box.' The main single from that mixtape is "My Uzi" which features...
Read more...