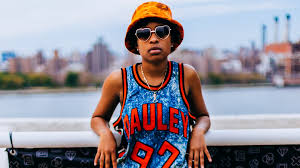 Deja Trimble, better known by her stage name Dej Loaf, is an American rapper and singer from Detroit, Michigan. She began her music career in 2011, and released her debut mixtape Just Do It in 2012.

If there is anybody out there who should know what makes a crowd move it's the the legendary DJ Jam. His CV reads like a fairytale of performances with the icons of West Coast Hip-Hop. Dr Dre, Snoop Dogg, Warren G, Nate Dogg and many others trusted their sound for the biggest tours in the history of...
Read more...