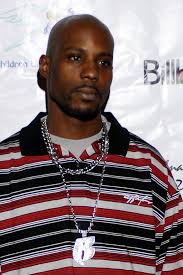 Earl Simmons, professionally known as DMX, is an American hip hop recording artist and actor from Yonkers, New York. In 1999, DMX released his best-selling album ...And Then There Was X, which included the hit single "Party Up".

Once the fight is in you, you can't take it out. And for DMX, that fight may never go away. After being hospitalized recently for what could have been a drug overdose or an asthma attack, according to various sources, DMX...
Read more...