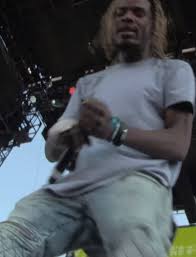 Willie Maxwell II, better known by his stage name Fetty Wap, is an American hip hop recording artist from Paterson, New Jersey. He rose to prominence with his single "Trap Queen", which peaked at number two on the US Billboard Hot 100 chart in May 2015. The success of "Trap Queen" helped Fetty Wap secure a record deal with 300 Entertainment, under the aegis of Atlantic Records. He subsequently released the Top 10 singles "679" and "My Way". Fetty Wap's eponymously titled debut album was released in September 2015 and reached number one on the US Billboard 200 chart.

As if they hadn't already done the business, DJ Louie Styles and his all-star cast drop this turned up club mix and the results are nothing short of spectacular...
Read more...

DJ Louie Styles comes in hot for the Summer with this certified banger. Ever thought of a single evening as minor event? Well this track goes to show that just because "One Night" is a short period of time, there is a heck of a lot that can happen.
Read more...

When you die, you can't take your riches with you. That's a fact of life... and death. Not only did Fetty Wap realize that at a young age, but so did Wellman. He remixes the relaxing track from Fetty Wap to add a little spice with a big horn drop. He keeps the piano melody mostly intact but then...
Read more...