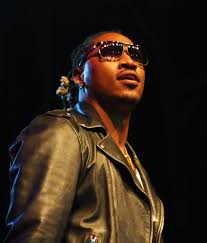 Nayvadius DeMun Wilburn, known professionally by his stage name Future, is an American hip hop recording artist. Born and raised in Atlanta, Georgia, Wilburn first became involved in music as part of the Dungeon Family collective, where he received the nickname "the Future."

Rick Ross may have been under a close eye with his ankle bracelet from drug charges, but that hasn't stopped him from working hard on new music. After dropping his 'Renzel Remixes' mixtape, he finally releases his new project of original music, 'Black Market.' One of the stand tracks is this one...
Read more...

With the festivities and hype for Halloween growing closer everyday, Jadakiss capitalizes on the opportunity to release some new music and work his way back to the top of your playlists. The production from Lee On the Beats and Dane Beats is menacing, fitting for a slasher film from the 90's...
Read more...