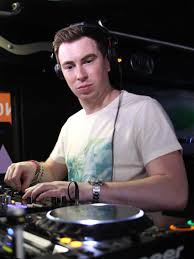 Robbert van de Corput, who performs under the stage name Hardwell, is a Dutch big room house and electro house DJ, record producer and remixer. He was voted the World's No. 1 DJ on DJ Mag in 2013, and again in 2014. Hardwell is known for his live sets at major music festivals such as Tomorrowland and Ultra. Hardwell first gained recognition in 2009 for his bootleg of "Show Me Love vs. Be".

One trend that should never die in music is when artists put out new music on their birthdays. It's a pleasant surprise each time. Hardwell did just that by releasing his massive single "Blackout." The Dutch DJ and producer holds no punches with the drop and layering to give you the big room sound he's...
Read more...