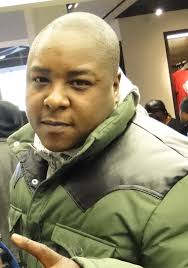 Jason Phillips, better known as Jadakiss, is an American rapper. He is a member of the group The LOX and the hip hop collective Ruff Ryders. Jadakiss is one of the three owners of the imprint known as D-Block Records. In early 2007, Jadakiss signed to Roc-a-Fella Records and Def Jam Records. Jadakiss has also released four studio albums, with the most recent being Top 5 Dead or Alive on November 20, 2015.