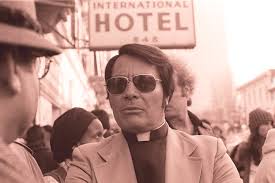 James Warren "Jim" Jones was an American cult leader. Jones was the founder and leader of the Peoples Temple, infamous due to the mass murder-suicide in November 1978 of 918 of its members in Jonestown, Guyana, the murder of Congressman Leo Ryan, and the ordering of four additional Temple member deaths in Georgetown, the Guyanese capital.