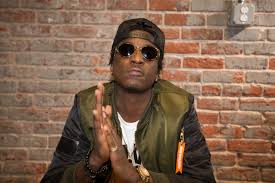 Kristopher Campbell, better known by his stage name K Camp, is an American rapper from Atlanta, Georgia. He is signed with Interscope Records and released his debut EP In Due Time on April 22, 2014.

One of our Featured DJs is back with a cool West Coast track to help you ease into autumn from summer. DJ Carisma lays down an updated G-Funk beat that could almost serve as the opening theme song for a new James...
Read more...

When you got the club thumpin, who do you have to blame? More likely than not, Chapo Work is in the building. The rapper recently put out the hypnotic banger that featured Sy Ari Da Kid. But now he's back for Round 2 as he gets K Camp on the remix. If the hook...
Read more...