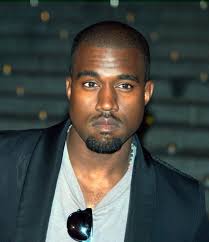 Kanye Omari West, is an American rapper, songwriter, record producer, fashion designer, and entrepreneur. Raised in Chicago, West first became known as a producer for Roc-A-Fella Records in the early 2000s, producing hit singles for artists such as Jay Z and Alicia Keys.

Kanye West continues to make the roll out for his latest album, 'The Life Of Pablo' one of the messiest ones every witnessed. Although he has already announced that he has more albums planned for 2016, his last...
Read more...

We all owe a huge thanks to DJ Break for breathing some life into the slow crawl towards Friday that is "Four Five Seconds." It's unlikely that anyone would say Rihanna's first single from her upcoming album, featuring Kanye and McCartney has a place on the dance floor, but DJ Break's...
Read more...