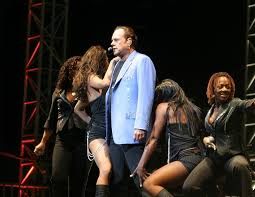 KC and the Sunshine Band is an American musical group. Founded in 1973 in Hialeah, Florida, its style has included disco and funk.

Florida band KC & The Sunshine Band started in Florida in the 70's and have since spread their brand of funk and disco around the world. And their music continues to live on, partly due to the great remixes their music has received. This new one from Tony Moran has a solid build up that leads up to a...
Read more...