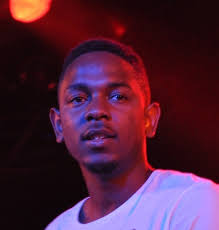 Kendrick Lamar Duckworth, known as Kendrick Lamar, is an American hip hop recording artist from Compton, California. Lamar embarked on his musical career as a teenager under the moniker K-Dot, releasing a mixtape that garnered local attention and led to his signing with Carson-based indie record label Top Dawg Entertainment.

Adam, Kendrick, and the gang get a freshly bass-tastic re-rub from Alek-Z. Smooth, groovy, and 100% well worked. This mix does maximum justice to the original while keeping it clean, fresh, and upbeat for the dance floor.
Read more...

While everyone was debating whether Kendrick Lamar's last album, 'To Pimp A Butterfly,' is a classic or not, DMND City was scheming up a remix to one of the singles from his album before. The new duo, Thomas Sagstad and Jae Lyons, took the hypnotic track, "Swimming Pools," and made it more...
Read more...