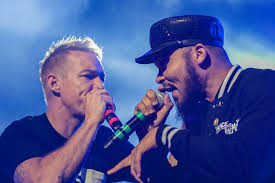 Major Lazer is an American electronic music band composed of record producer Diplo, Jillionaire, and Walshy Fire. It was founded by Diplo and Switch, but Switch left in 2011.

When life seemed to go in slow motion in all of the right ways, Major Lazer & DJ Snake's "Lean On" was the perfect song to be playing in the background. MØ's voice is eerie just enough to make the world around you feel fantastical but when compared to the foreign...
Read more...

We're suckers for mashups, and Alex Morgan delivers. Most recently, Morgan's combined Tujamo and Major Lazer to double up on Lazer's already high-energy Jamaican dance jam. While Major Lazer and his...
Read more...