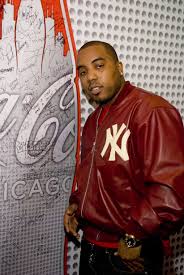 Shawn Mims, better known as Mims, is an American hip hop recording artist from New York City, New York. He is perhaps best known for his commercial debut single "This Is Why I'm Hot", which peaked at number one on the US Billboard Hot 100 chart.

Remember Mims? Of course you do. Or at least you remember his hit, "This Is Why I'm Hot." Canadian DJ and producer decided that it was about time to revisit the classic club anthem and we agree. He takes the acapella and then transforms the original melody...
Read more...