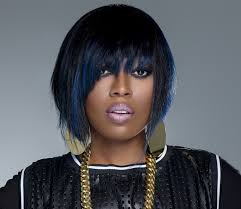 Of all the female hip-hop stars out there, none have been remixed for dance music as much as Missy. As a matter of a fact it's not even close. So if you're going to step up to the plate and crank out a mix of one of her tunes, you'd better bring the big league chew because you can easily get caught ...
Read more...

Although it isn't a Jazze Phizzle production anymore, it's just as catchy. Producer and DJ Zack Daniels creates a dark and heavy House beat that meshes perfectly with Ciara's smoky voice and Missy Elliott's constantly fluctuating voice. As every good remix should be, it reminds...
Read more...