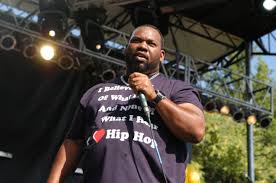 Corey Quontrell Woods, better known by the stage name Raekwon, is an American rapper and a member of the Wu-Tang Clan. He released his solo debut, Only Built 4 Cuban Linx... in 1995, and has since recorded numerous solo albums, as well as continuing to work with Wu-Tang and providing an extensive number of guest contributions to other hip hop artists' works.