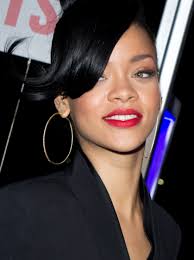 Robyn Rihanna Fenty is a Barbadian singer and songwriter. Born in Saint Michael and raised in Bridgetown, she first entered the music industry by recording demo tapes under the direction of record producer Evan Rogers in 2003.

And just like that RiRi is back. While Kanye and Wiz Khalifa were going at it on Twitter, Rihanna politely released a new single off of her upcoming album 'ANTI.' And what better way to get people excited for the new project than to put out a song...
Read more...