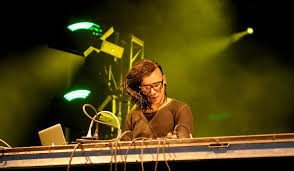 Sonny John Moore, known professionally as Skrillex, is an American electronic music producer, DJ, singer and songwriter. Growing up in Northeast Los Angeles and in Northern California, Sonny Moore joined the American post-hardcore band From First to Last as the lead singer in 2004, and recorded two studio albums with the band before leaving to pursue a solo career in 2007.