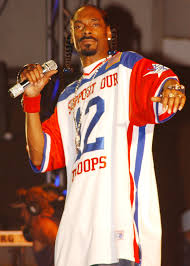 Cordozar Calvin Broadus, Jr., known professionally as Snoop Dogg, is an American rapper and actor from Long Beach, California. His music career began in 1992 when he was discovered by Dr.

It's never a bad time to take a trip to California. So pack your bags and head on out with Colonel Loud as he's joined by Too Short and Snoop Dogg to the Golden State today. Although Colonel Loud might be from North Carolina, he gets two of Cali's...
Read more...