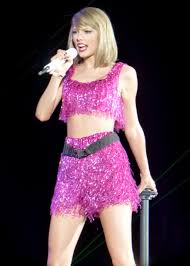 Taylor Alison Swift is an American singer-songwriter. One of the most popular contemporary female recording artists, she is known for narrative songs about her personal life, which has received much media attention.

DJ V3lla has taken Taylor Swift's "Bad Blood" and made it almost bearable, not to mention potentially club-worthy. Though Swift has seen success with the newer track, her original version remains contained within the world of pop. With a few effect additions and some...
Read more...