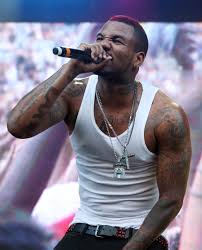 Jayceon Terrell Taylor, better known by his stage name The Game, is an American rapper and actor. The Game is best known as a rapper in the West Coast hip hop scene and for being one of Dr. Dre's signers under Aftermath Records.

DJ Quik is a West Coast OG who deserves a lot of credit when it comes to refining the G-Funk sound. So it's only right for The Game to pay homage to the great producer, engineer, and rapper. And who else would produce it than the man, himself, Quik? The easy flowing production features Sevyn...
Read more...