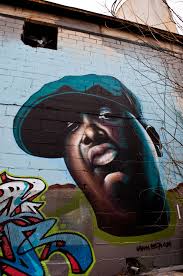 Christopher George Latore Wallace, better known by his stage names The Notorious B.I.G., Biggie, or Biggie Smalls, was an American rapper. He is ranked by Billboard magazine as among the ten greatest rappers of all time. Wallace was raised in the Brooklyn borough of New York City.

A dreamy rework of a classic hit.
Read more...