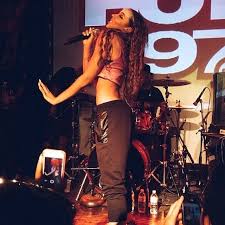 Tinashe Jorgenson Kachingwe, known professionally as Tinashe, is an American singer, songwriter, record producer, dancer, actress and former model. She began her entertainment career at the age of 3 when she began modeling and acting.

Tinashe - Ride Of Your Life (Clean)

Even though Rihanna is currently in the spotlight with her 'ANTI' album, you shouldn't leave Tinashe out of the conversation when it comes to building your playlist. The singer has consistently put out quality tracks and this new one is no exception. The hypnotic...
Read more...