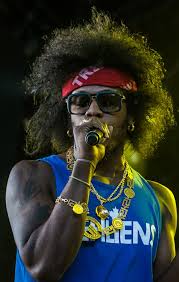 Nicholas Williams, better known by his stage name Trinidad James, is an Trinidadian-born American rapper based out of Atlanta, Georgia. In 2012, he signed a recording contract with Def Jam Recordings.

After winning a Grammy for being a part of Bruno Mars and Mark Ronson's "Uptown Funk," Trinidad James is back to recording his own music and with his return, he wants to make it clear that those girls you think...
Read more...