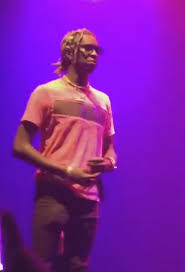 The ATL's heaviest hitters jump on the track and have a few questions, but there's really only one that matters. Can I?
Read more...