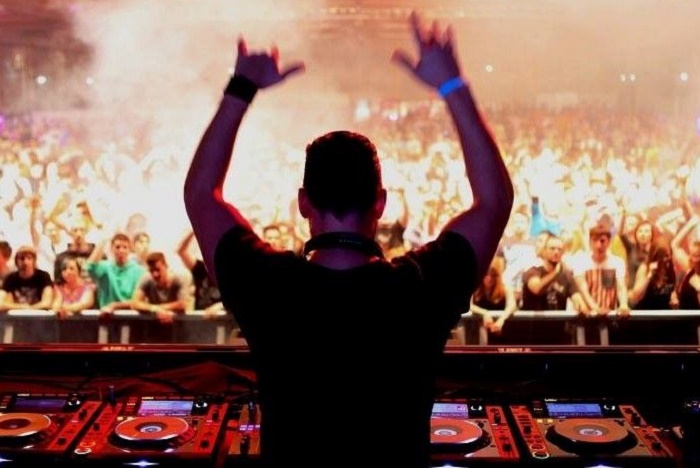 Music and history are more closely tied to each other than many would think. They affect each other and also serve as markers for future generations to look at, to understand what was going on in the world. It may be hard to believe but Dance music is just as a part of that relationship as any other. And Patrick Hofmann represents that claim in his own unique way. Even without lyrics, Hofmann's music, and much of his career, is the result of surrounding historical events in Germany and the ensuing consequences like the spread of technology and popular music across borders. He then took that boon and developed a 20 year long stretch of DJing and producing his own music. Hofmann's journey is an incredible one that involves his wearing many hats as an artist and an industry professional. It will be one for the history books.

Patrick Hofmann may have performed at mega venues like the Ministry of Sound (London) and Pacha (Ischgl, Austria & Mallorca, Spain) but his story starts in Dresden (East Germany). His family filled the house with old classics. His grandfather was a singer and a drummer in a band called Evergreens. And the musical expression wouldn't end there in the family. After 1989, the year of the fall of the Berlin Wall and the start of the reunification of Germany, new music started to flood into the region. Of the new music, Dance found a strong hold. Following from that, the German Techno scene began to take shape in 1990. For Hofmann, he drew inspiration for his future career from hearing about events such as Mayday through another German Dance producer, Marusha, and her radio show, Rave Satellite. This planted the seed early on for his desire to become a DJ. He quickly found his role models in DJs like Carl Cox, Josh Wink, Laurent Garnier, and Sven Väth. Then in 1994, he made the first move into the new culture by buying his first Techno records.

It was not easy for Hofmann early on in his pursuit of becoming a DJ. He had to teach himself the basics over two long years, partly with turntables devoid a pitch controller. Not too long into his training, he sprung for a set of Technics MK2 turntables and worked to perfect his beatmatching. Techno was his music of choice in the DJ booth until 2002. Then from 2003, he noticed the shift to House music:

"The guests celebrated with much more [intensity], much more laughing. I also wanted to create these emotions as a DJ. That's why I prefer to play that sound."

Hofmann eventually linked up with Patrick Amador to form the duo, Hot Bananas. At the time, teams like that were not as commonplace as today and their chemistry together suggested that they would continue to give the clubs in his hometown a "crazy good time1". He attended a production course with Jake Dile, who he now operates Tiger Records with. Hofmann realized the utility in not only being a successful DJ but also creating his own tracks. Whether as Hot Bananas or solo on the decks, Hofmann is concerned with one thing: "It´s important that the guests have a great night and will dance. We are service providers."

In 2012, Hofmann put out his first solo release on 120dB Records. But he still hasn't given up on working with Amador. While "both projects will exist parallel [to each other,] Patrick Hofmann is more international." All of this happened in the midst of the start of his position as event planner and resident DJ at CLUB L1 in Leipzig circa 2011. He also started a concert series titled GETNAKED through his new label, Seveneves Records. The new responsibilities, while seemingly daunting on paper, have helped him stay on top of his game:

"[I] work on getting a club alive, forcing me to combine proven things with new trends. Of course, the CLUB L1 is my resident club, which is always associated with my name. So it´s right to be always up to date just as a resident. A resident DJ has the most important job in a club. They know what kind of music works and can try new things. GETNAKED is an event concept, where shows and entertainment stand in the focus. So we were touring through the German clubs since three years."

Seveneves came to be when Patrick and his partner, Matthias Weigold, were inspired by the young talent in the world. It's also provided a home for his new project as Hofmann & Weigold. Two things that he is mindful of when running his businesses are quality and longevity. He attributes his ability to stay relevant to his reputation earned by putting in the work early when Techno and House were growing in Germany. He reminds himself that creativity in his sets should push him to be unique: "That also applies to my production and remixes--a combination with old and new components." He also recognizes the exposure he's received through well planned marketing and networks that he's built with labels. As for the quality, you can look at his long list of remixes to affirm that aspect of his career.

To close out, as someone who's been DJing for over 20 years, Hofmann also spoke on the evolution of the Dance culture. We asked him what he felt was disappointing about today's scene as well as new aspects that excite him:

"In the past, people celebrated differently. They were patient and were much more open to new music. However, it was also much more difficult to listen new music. Therefore real club hits were well known and resistant over the years. Today you have to use songs [that use] well known ingredients to dominate the set--to produce a real party. Through social media and Internet every day new songs are distributed. With little money and a good software everyone can produce music now. So there's an endless supply of good music, but also bad stuff. But I was always open to new technology [and have adapted]. I've been three years a certified teacher at the VibrA School of DJing and I have [taught] a lot of young DJs. Therefore, I always have to change with young people and their preference for today's music. What bothers me today is that the [value] of music through mp3 and streaming is extremely decreased. By contrast, the possibilities to hype a production from 'zero to one hundred' is better than ever."

1. What is your favorite movie of all time?Matrix & Sin City

2. As a young DJ, who was the one DJ you looked up to?Carl Cox

3. As a DJ, what's your biggest pet peeve?When the electricity fails

5. What's your favorite record of all time?Jakatta - "One Fine Day (Cicada Mix)"